The exhibition “ÜBER Urbane Praxis in 12+1 Berlin projects” (ABOUT Urban Praxis) presents the fundamental principles and qualities of Urban Praxis (UP) in Berlin and puts them up for discussion. In the network of Berlin’s urban laboratories and campus projects, the Haus der Statistik occupies a central position. Without the artistic-cultural methodology of UP this pilot-project would be inconceivable in such a central and historically established location in the city of Berlin.

Project documentation: can be downloaded here 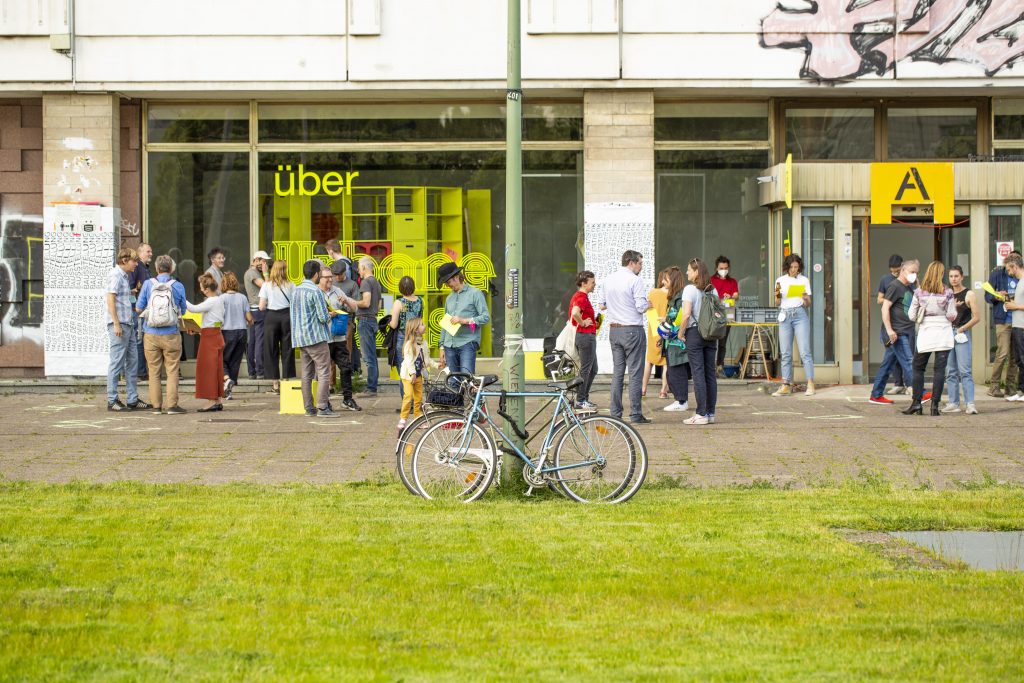 Urban Praxis (UP) is characterised by a post- and transdisciplinary landscape of actors and promotes self-organisation and self-determination, especially in regards to living together. It contributes to the development of alternative economies and in kind to the strengthening of urban resilience. Die UP takes a methodical affective approach, whereby unused areas, e.g. urban wastelands or brownfields, are appropriated and developed as cultural open spaces. Such open spaces develop into places with diverse, low-threshold (recreational) offerings, where new ideas are welcome and personal initiatives can be brought in; they serve as alternative places of encounter in contrast to commercialised spaces. This place-based practice and its programmatic freedom — whether temporary or long-term — creates room where and gives rise to personal relationships, communal experiences and visions. 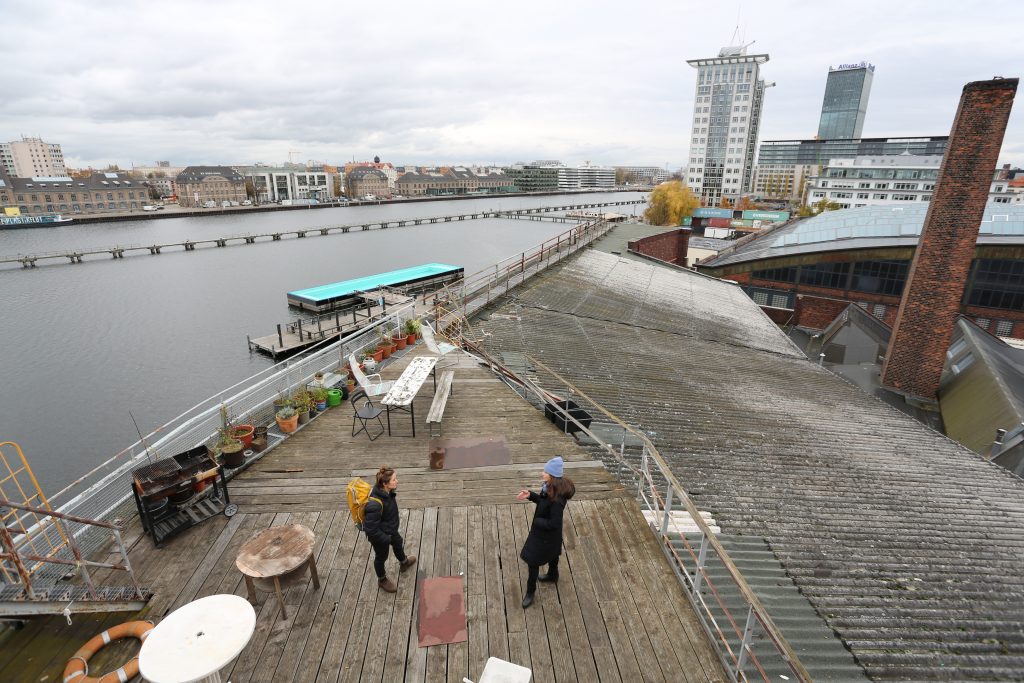 As UP develops further, processual experience is gained and shared, which can in turn transform communal action into social action. By investing into a space, resources such as time, leisure, civic engagement, know-how, exchange of experiences and, last but not least, equipment — open/outdoor spaces, workshops, mobile units for cooking or making music — places can be transformed to act as projection surfaces for new visions of a future urban society. UP is focused on participation and sharing, self-efficacy, exchange at eye level, empowering and commoning. Collectively organised and artistically informed, UP has the potential to give rise to communities that are radically diverse and thus also reflect contemporary Berlin. 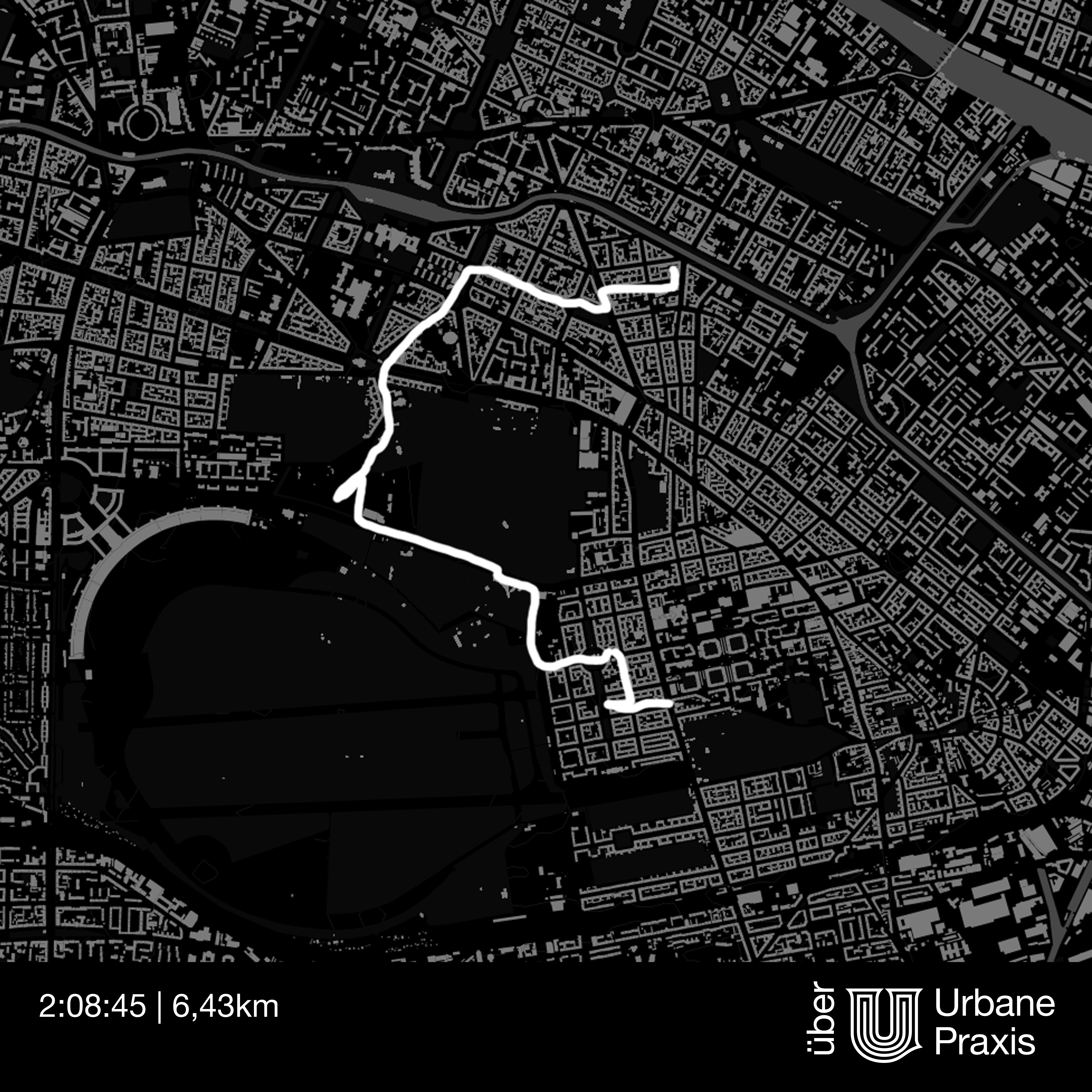 An illustrative example of UP is the Haus der Statistik (HdS) or House of Statistics, As the genesis of the HdS project embodies fundamental principles of UP in Berlin. The HdS lost its original function after German reunification, but it continued to be used for official bureaucratic purposes until 2008, after which it was left abandoned to decay. The ex-GDR building has since stood as a prominent ruin in the center of the city, on “Allesandersplatz”. The 7-year vacancy was appropriated and informally developed as a place for parties and other leisure activities, as well as used by those without shelter. From today’s perspective one can trace these unsanctioned occupancies as early development stages of a longer transformation process. Thanks to the efforts of the Initiative Haus der Statistik — a group of committed artists, architects, cultural workers and politicians — which was formed in 2015, plans for the sale of the building complex to investors who planned demolition were prevented. Over time, the site has developed into counter-proposal to that of the “sold-out city” and thus serves as a palimpsest testing ground for a beneficial urban future. One that holds out the prospect of new social, ecological, economic, cultural and institutional qualities. With the acquisition of the building by the state of Berlin from the Bundesanstalt für Immobilienaufgaben (BImA), the Institute for Federal Real Estate, at the end of 2017, the way was cleared for a cooperative and public welfare-oriented development, the strategies for which were conceived through a workshop-based procedure. The HdS is to be developed into an area for art, culture, social affairs and education, affordable housing, as well as a new city hall for Mitte and administrative uses. A spatial resource that was initially uninviting to the neighborhood was able to burgeon into a cooperative process of urban spatial development — as a result of a minimally invasive artistic action: the (subversive) affixing of a visionary construction site poster to the façade. Today, the building is occupied and enlivened by numerous pioneer uses; by Mitkunstzentrale, a workshop for art and climate in public space; by the Chor der Statistik; or by Clusterduck, a transnational collective for the experimental exploration of digital subcultures and memetic resistance techniques, all of which also contribute to the forward-looking programmatics of the HdS. Through the pioneer uses, the site and new development strategies are field-tested during the planning phase and insights from lived experience and practice are incorporated into ongoing and upcoming planning/development processes. The development of the HdS is process-oriented and based on the broad participation of the urban society. 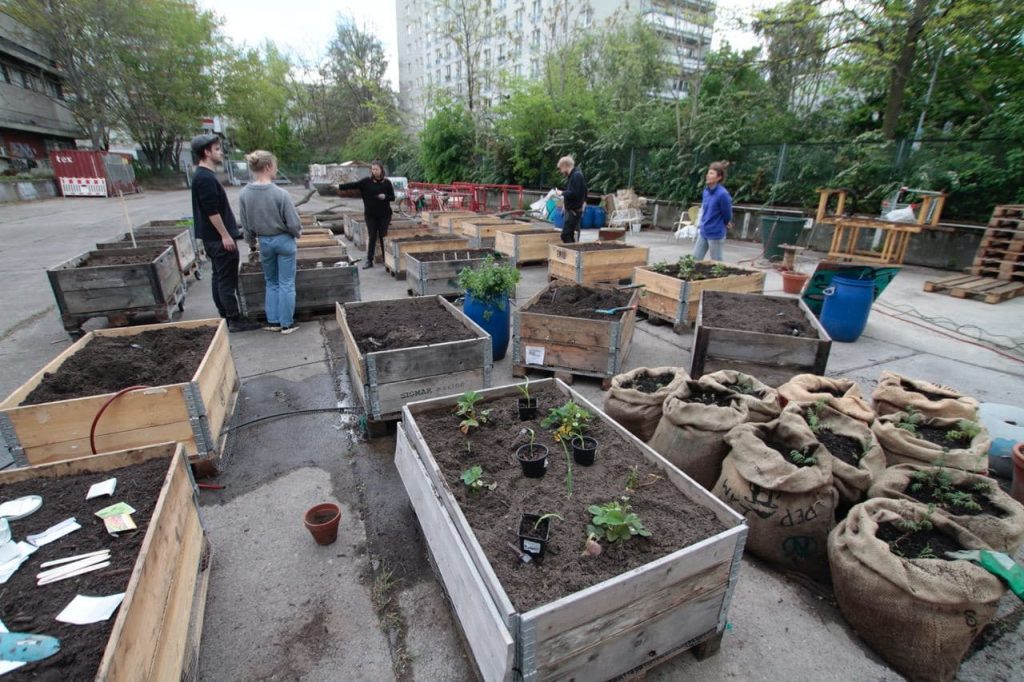 UP is a situational cultural and planning technique that originated in Berlin’s urban subculture and has since evolved and professionalised. UP is now able to coordinate and formatively accompany the management of large-scale planning processes (with the support and provision of transformation-oriented administrative structures), such as the transformation of the HdS into a model project for sustainable long term urban development. UP is an instrument of urban development that represents a cooperative design approach. Since the post-reunification period, Berlin’s urban development has been in part influenced by the experimental methodology of UP. This continues to shape the metropolitan self-image of Berlin to this day. The openness and randomness of situational interventions in open spaces and areas, which emerge abruptly and, if necessary, disappear again or become permanent, is an important basic principle of UP. The right moment must be recognised as a chance and window of opportunity for an urban spatial negotiation.

The working methods in UP projects have always been understood and situated in a post and transdisciplinary manner, i.e. work that is negotiated across disciplinary boundaries and in cooperation with the general public. UP seeks to overcome disciplinary thought patterns and acts explicitly in a non-disciplinary way. UP integrates a myriad strategies from traditional cultural fields — such as architecture, visual arts, performing arts, dance, literature, film, etc. — because it is not interested in demarcation but in potentials of interconnection (cf. Rat für die Künste/Council for the Arts). UP is, consequently, a social and collaborative practice because urban design cannot be limited to a single discipline or subjected to the binary logic of problem and solution (cf. Bader, Talevi, 2017). UP can be understood as a transversal approach that helps to imagine and implement positive urban transformations; intersecting the spheres of the socio-political, the spatial-cultural, the ecological and the pedagogical (cf. Floating U). Basically, the role of urban practitioners is defined by a transdisciplinary-role model that acts as a missing link between art, design, urban planning, and social work (cf. Rajakovics, in: Holub).

Principle 3: Artistic actions, a critical way to make architecture and the city

Already in post-reunification Berlin, urban development was an important part of the critical discourse on art and culture and vice versa. Strategies and ideas which were initially only applied to temporary projects or found in interim uses, can today be transferred to large-scale and long-term architectural and urban development projects. Today, approaches and questions surrounding the notion of living differently and diversely remain relevant. An ongoing reaction to the supposed lack of alternatives to the late capitalist economic thinking, which stands in contrast to the hopeful urban energy of the post-reunification period. UP developed through a playful approach towards its own division and attitude towards city-making. In UP, neoliberal urban development processes are subverted through shared responsibility in existing neighborhoods. They practice urban design as situational urbanism, characterised by openness rather than exclusion. This is in contrast to the privately motivated dogma of the so-called “Creative City”, whereby bottom-up initiatives/space pioneers merely serve as trailblazers to clear the field for homogeneous groups of their own kind and ultimately displace local residents. (cf. >Berger 2017).

In the current post-pandemic urban discourse, the intersection of living and working has become central to thinking about future urban development processes — loneliness, small radius of movement, focus on neighborhood, city of short distances, meeting in and using public space. The main issue becomes how people can find mental and physical empowerment in everyday events and spaces. In new urban visions and visions of the future, natural and garden spaces (which could possibly be self-sufficient) and debates about public space play a central role. Such spaces are associated with an increase in a sense of freedom, self-determination and independence. They also serve as a counterbalance to the dominance of digital space. If one emphasises the integrative and inclusive openness of UP way of working, which wants to overcome old structures, the heterogeneity can be elevated to being a critical norm. However, this is possible only if people can come together to think about possible futures and thus bring these imaginative ideas into reality through their actions. In the process, something like integrated — as opposed to autonomous — micro-utopias may emerge, constructing social and spatial situations differently, such as propagating more freedom, justice, and solidarity. Situations are created in which people can practice and test ways in which our future society could be. The important thing here is that people with forward-looking ideas come together in a concrete place and take action.